Show Me State V is in the books

We had a good turnout from both Missouri clubs as well as several out of state competitors.  The temperatures held up pretty well for us, but the wind proved to be the biggest challenge to overcome.  When the fur settled, we crowned Joey Casey & Char with his first overall title in the novice division edging out Sandy Casey & Fierce. 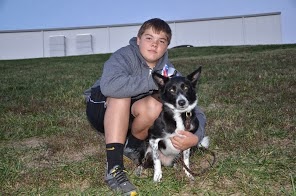 Kathleen & Walter (top) won the senior division edging out one of our very own Mike & Rio (bottom).

The pro division presented several twists and turns in order to crown a champion.  Jonathon Offi and Jeff Scheetz & Killy had a throw off for 3rd and 4th and then Jeff also had a tie breaker throw off with Chris Knapp and Jack for 2nd.  After the last throw was made in virtual darkness, Jeff Scheetz and Killy (left) emerged as the runner up and Troy Mool & Jazmin (right) managed to take the title giving the home club STLDD bragging rights for the first time since the competitions inception. 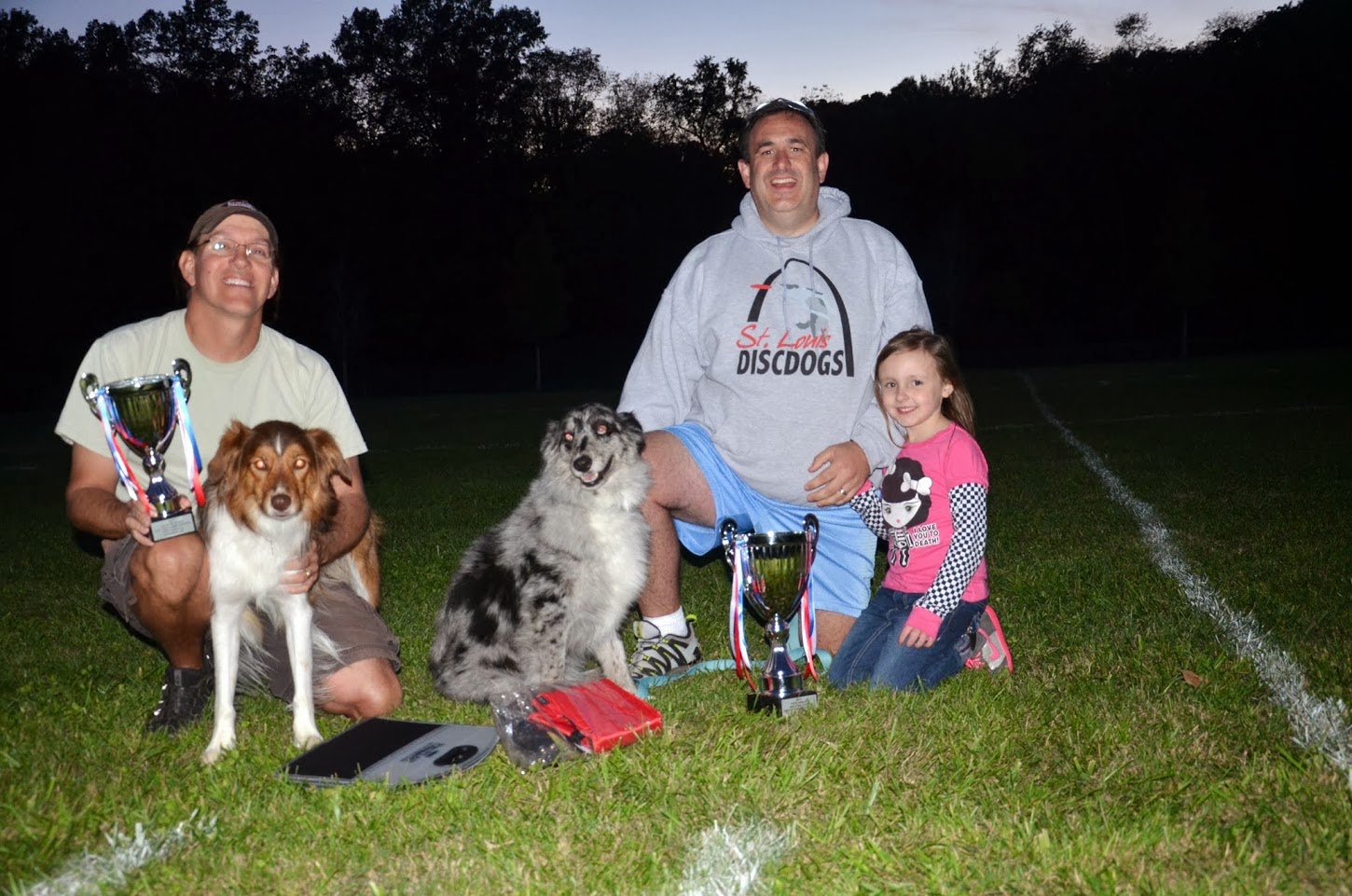 Full results can be viewed at discdogevents.com. Pictures of all the action captured by Jackie Scheetz can be found at discdogpictures.com.